misadventures in babysitting . . . after hours 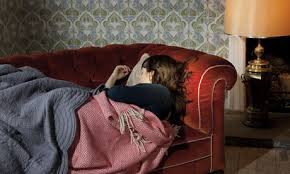 I bumped into a former babysitter of ours over the weekend.  She is a young mom to an 8 month old of her own now.  I teased her about her ability to wake up if her baby needs her during the night.  When Coach and I returned home after a night out years ago, we regularly struggled to wake this sitter up.  'Sleepy' sat for us back when we probably only had two or three kids.  Because Coach and I were typically exhausted, we were not in the habit of staying out terribly late.  Discovering our sitter in such a deep sleep when it was barely ten o'clock, always came as a surprise to us.  In order to avoid the awkwardness of shaking Sleepy awake, we tried to make as many loud noises as possible.  Despite our fear that we would embarrass her, we gradually chose to tap her arm.  Still nothing.  Short of tossing a bucket of water on her face, we eventually were forced to jostle her until she became semi-coherent.  Before we agreed to become personal space invaders, Coach suggested that perhaps we just let her spend the night on our coach.  Knowing her parents would be worried if she never came home from her sitting job, I sighed and began shaking Sleepy utilizing more force.

Revisiting the past with Sleepy reminded me of one of my own misadventures in babysitting.  There weren't many, but I definitely pushed the envelope this time.  The summers punctuating my college years were devoted to babysitting.  I had built strong relationships with various families through my teenage years when I worked for them as a dedicated, hard working, reliable, and responsible sitter.  I was my accountant father's dream child.  I spent nothing and never turned down a job that I could squeeze into my schedule.  Saving the money I raked in during those years funded my private college tuition.

My favorite home to sit at, the Maplewoods, became like a second family to me.  I felt completely comfortable with them and loved each of their children immensely.  As a seventh grader, I began to babysit for their three young children.  Eventually the family would grow to include eight wonderful kids, and I never shied away from the chaos and fun that accompanied working for them.  When my family relocated to the northern suburbs of Chicago as I started high school, the Maplewoods arranged for me to sleep in their bedroom basement in order that I could continue to sit for them.  Initially I slept over whenever they needed my assistance for a weekend event during the school year.  I anxiously looked forward to longer school breaks when I could stay with them for more than one or two nights.  Although I typically took a train home for the weekends, weekdays during the summer were spent serving as an extra set of hands.  When I got my drivers license, Mr. Maplewood - a car dealer, brought home an additional car so that I could help transport kids to their activities using the family's dealership owned minivan.

One summer during college I became familiar with a nanny that the Maplewoods employed during part of the school year when I was unavailable.  Eve was from England and she and her girlfriend, who everyone called 'Pig', lived on the outskirts of the city.  Eve and Pig accepted other jobs for the summer, but once we met at the Maplewoods they expressed an interest in meeting up one night when the Maplewoods wouldn't need me to babysit.  I agreed that it would be fun to enjoy an evening out and they promised to call me.


True to their word, the English girls called me at the Maplewoods one afternoon.  Since it was the early 90's, cellular phones were not yet an option so they reached me on the Maplewood's home phone.  Mrs. Maplewood sent one of the kids down to the basement to let me know that I had a phone call.  I spoke to Eve from the basement extension.  'Would ya believe,' she asked with her thick accent, 'that the Mrs. just
bothered to inform me that you are not yet 21 years of age?  Who is she, your mother then?'  She chuckled as she described her shock.  Remember the Maplewoods were like family to me, which is why I tensed up and bristled.  Navigating parental rules and the nuances of family life was tricky when returning home over summer break after being away at college.  The conversation Eve shared reminded me that I essentially had two homes to settle back into.  Eve's influence reminded me that I was a big girl and could make my own decisions.  We made plans to go out that night near their apartment. 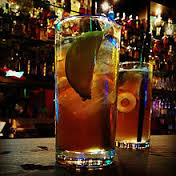 Eve picked me up after dinner, which probably alerted Mrs. Maplewood that I had plans to get a bit tipsy.  Usually when I was off the clock, the Maplewoods allowed me to use the minivan.  The 'flat', as the girls called it, was off of 79th Street in Justice.  They loved the location because there was a convenient store down the block and a bar around the corner.  In their flat, we enjoyed wine coolers that we purchased in the convenient store before we walked down to the bar.  Eve was dating a guy with the male version of my name.  'Ernie' joined us at the bar when he was done working.  I suspect I was drinking some kind of mixed drink like Long Island Ice Tea, but I really have no recollection other than the fact that it was cold and it went down easily.  In no time at all, we were the life of the party.  Eve and Pig were introducing me to a variety of patrons.  They thought it was hilarious to convince a few men that I was Sonja from Sweeden.  We were laughing ourselves silly.  Fearful that I would expose the truth and reveal myself as an all-American girl, I ended up acting like Sonja the mute.  My resistance to imitate a language I was completely unfamiliar with faded with a few additional adult beverages.  I jabbered on and on in a ridiculous concocted language that made Eve and Pig struggle to remain balanced on their bar stools.  The whole evening was extremely entertaining.  Eve toasted Mrs. Maplewood by raising her glass and then imitating her motherly tone, 'Now remember, Ernie isn't 21 yet.'

My new pals reassured me that I could stay on their couch that night since no one was in any condition to drive me back to the suburbs.  I remember very little about how I got back to Eve and Pig's apartment.  During the night, I woke up in terrible shape.  Eve's boyfriend Ernie trotted out of the bedroom in his whitey tighties to where I was groaning on the couch.  He brought a bucket and assured me that 'it happened to the best of us'.  Using as indicators 1. my discomfort that this strange man was comforting me in his underwear and 2. the fact that I had allowed myself to become completely over-served, then no - I was certainly not a 'big girl.' 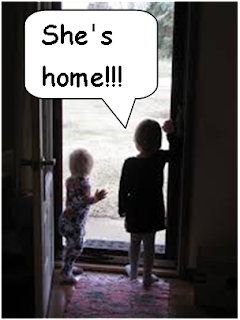 Knowing that Mrs. Maplewood was right about me not being old enough to drink hurt, but not as significantly as the pain generated by my throbbing head.  I knew my queasy gut combined with my spinning head would torment me while I attempted to care for the kids.  My big plan to sneak thru the front door and ease myself down the basement staircase was thwarted by a toddler passing thru the front hall who announced my reentry to the entire house despite my use of the universal 'shush' sign.  Who did I think I was fooling?  Did I really expect that my employers wouldn't have noticed that I failed to come home the night before?

After my shower in the basement bathroom and my slow ascent up the stairs, Mrs. confronted me.  I suddenly realized how much was at stake here, and how greatly I must have disappointed her.  She ushered me off the beaten path away from curious toddlers and nosy pre-teens.  After she was done explaining how worried she had been, and how she feared having to make a difficult call to my parents, she suggested that I go to bed while she handle the morning chauffeuring responsibilities.  It wasn't discussed again.  I was grateful for her approach and her perspective.

Looking back I'm sure Mrs. Maplewood missed the days when her most difficult babysitter realated task involved shaking me awake from my sleepy stupor on her couch.  Long before I got blitzed after hours, I was guilty of becoming entirely too comfortable on the Maplewood's couch.
Posted by Ernie at 8:00 AM