Coach and I watched 'Rain Man' with Eddie and Tetanka a few weeks ago.  Although he and I had seen it before, the kids had yet to see it.  While it may take us several sittings to watch an entire motion picture, our teenagers look forward to chilling as we tune into part of a flick whenever possible.  Always on the lookout for appropriate movies, I record anything I think might meet our criteria of decent, non-racy material.

The adult autistic character played by Dustin Hoffman in 'Rain Man' constantly recited the dialogue from 'Who's on First.'  While he repeatedly mumbled the comic banter under his breath, I was reminded of an episode in my neighbors' backyard years ago. 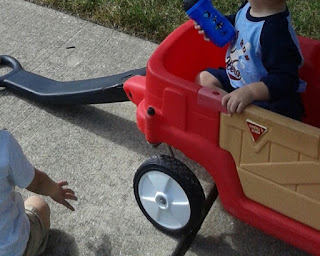 One sunny summer evening after dinner when I was about 12 years old, I ventured into our neighbors' yard.  The four Stevens kids who lived in the house were younger than me.  As a junior high student who couldn't get enough of babies and youngsters, I constantly developed my future mothering skills by offering my babysitting services or by entertaining the Stevens' kids in the yard.

That night there was a variety of other neighbor kids who had wandered over to play.  Several ride on toys, bikes, and balls were pulled from the Stevens' backyard shed which attracted the group of kids.  Many of the visitors were unfamiliar to us, but this was not a shock.  Our newly developed subdivision consisted of empty lots, recently built homes with no landscaping, and established houses that were built during the first phase of construction.  My folks and our next door neighbors built homes in the early stages of the neighborhood, so our yards included growing grass, paved patios, and functioning swing sets.  No one was surprised that kids whose yards lacked grass gravitated towards those yards that did.

Lizzie Stevens, the eldest of the four next door neighbor kids, was probably about 8 years old at the time.  Slightly awkward, energetic, and extremely friendly, Lizzie was busy sharing the rules with the unfamiliar kids when I arrived.  She was struggling to hold the attention of this young crowd - most of whom hopped on and off the available trikes without paying her much attention.  I suspected that there was a language barrier that Lizzie failed to take into account. 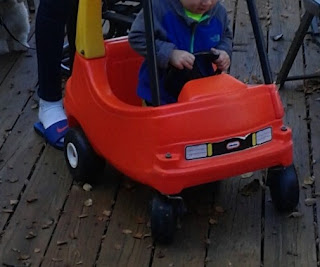 Many of the families who flocked to our subdivision were of Indian or Filipino decent.  Apparently word of the high quality construction and the easily commutable drive to the city spread among their close knit community and impressionable family members.  The importance of their extended family to continue to live in close proximity to one another in the United States impacted the rate at which these families moved into the neighborhood.  After a few Indian neighbors moved in wearing the traditional sari and Filipino families arrived exhibiting their unique cultural focus, several of their counterparts chose our neighborhood to raise a family as well.  While our subdivision developed into a melting pot of various cultures, my Caucasian family gradually fulfilled the minority role.

That evening in Lizzie's yard a gathering of young Indian children without a complete command of the English language, left my young neighbor frazzled.  One of Lizzie's rules, born of her friendly approach, was that all children needed to introduce themselves before they helped themselves to the toys belonging to her brothers and sister.  I watched as she marched up to a little boy attempting to ride a popular plastic car on the paved sidewalk leading away from the patio.  With her feet straddling the sidewalk, she rested her hands on the front of the car trapping the little boy.

'Tell me your name, little boy,' she demanded.

For a moment he looked at her silently.  She repeated herself.  At last the boy spoke, 'Who-me,' he whispered.

'Yes, you,' she sighed.  The boy stared at her and cocked his head to one side before he repeated himself.

'Who-me,' his voice was slightly louder.  Lizzie was becoming frustrated.

'Listen, little boy.  This is my yard and if you want to ride on this car that belongs to my brother just tell me your name.  Then you can play,' she explained.

His voice grew louder and slightly agitated, 'Who-me!' he hollered.

This exchange continued for a few minutes.  Lizzie even shared her name with the young visitor to demonstrate how introductions were conducted.

Finally Lizzie shook her head and glanced over at me for assistance.  'He won't tell me his name, Ernie.  I think the new kids should at least tell us their name before they come over here to play,' she explained as she tossed her arms into the air.

During most of their exchange I admit to being as confused as Lizzie, but now I decided that I knew what was happening.  'Lizzie, I think that maybe his name is 'Who-me' and he is trying to make you understand that,' I pointed out.  Lizzie wrinkled up her face at me, but then turned and bent down towards the little boy who was unable to move the car with her feet planted in his way.

'Is your name Who-me,' she asked.  He shook his head, and she quickly moved out of his way.

To my relief, Who-me (which I'm sure is not an accurate spelling of this kid's name) didn't appear to have a brother named, 'Why-not' or a cousin named, 'I don't know.'
Posted by Ernie at 10:08 AM