Moving on to other possibilities, and more on the process

While we were waiting to hear about whether or not Max and Charlie would be an option for us, I continued to look at websites for a sibling pair. It became second nature. I wondered if we ever adopted, what I'd do with all the extra time on my hands since I'd no longer be scrolling through all the profiles. I saw some kids on the website for two years. It was heartbreaking.

I started checking individual websites of the states neighboring Illinois. After searching for over a year, I started to gather that the main website I was checking seemed to be the last stop for kids who had the most complicated issues and who were the hardest to place. Seeing these kids and hearing their stories took a toll.

Kids' pictures are posted on the website. The initial intro is just fluff. For example:  THESE KIDS LOVE THE PARK AND EATING PIZZA. THEY DO WELL WITH PEERS AND HOPE TO ONE DAY TRAVEL TO (WHEREVER) OR JOIN (SPORT TEAMS/LEARN TO COOK). THEY ARE LOOKING FOR A FOREVER FAMILY WITH A DOG (or CATS, SIBLINGS, THEIR OWN ROOMS, ETC.)

If they required their own separate bedrooms, I bowed out. If I thought kids might be a good fit with our family, I inquired. Then their worker asked for our home study to read about us. 9 times out of 10, they'd never respond. Or they'd say, this isn't a good fit. They knew more about the kids' backgrounds than I did, so if we weren't open to kids who'd been sexually abused and they read that in our profile, they'd take a pass on us. A few times they'd reach out to me and give me the non-fluff info followed by:  STILL INTERESTED?

A worker once asked me if we could take a sibling pair who'd witnessed their mother's boyfriend strangle their baby brother. We didn't feel equipped to handle that. Reading the non-fluff background and learning the MANY ways that people mess up their own children shook me to my core.

WHO WOULD EVER TAKE THESE KIDS NOW THAT THE PEOPLE WHO SHOULD CARE FOR THEM THE MOST HAD DESTROYED THEIR FUTURES?

There are ways to be matched with kids without the website. We registered with a local organization recommended by our worker. That's how we met Max and Charlie. Through that same organization, we'd also met a set of 11 year old boy/girl twins at the end of August 2020 (just before Max and Charlie). They spent the day with us. We knew right away that they wouldn't be a good fit. Curly was incredibly uncomfortable. Issues (like EXTREME boy-crazy, crush-talking, flirty behavior) that was apparently unclear to their worker (and could've been from watching crap TV while they lived with a grandma, or as a result of something far less innocent) cropped up on that visit and it was a hard no. Never easy to say no, but watching my kids bristle THAT much was a red flag.

One day in early December while the Charlie and Max thing was not resolved, I stumbled upon two brothers. In Indiana. Parental rights had just been terminated Dec. 1st. Their ages worked for us. 8.5 and 10. *adopting kids younger than our biological kids was a rule put in place by our agency because it typically lead to the best results.* These boys liked basketball. We reached out. The worker responded right away. We did a conference call with their team and our worker in mid December. They described the boys' issues. 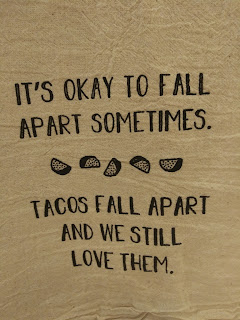 They were considered therapeutic. They hadn't been sexually abused (or hadn't disclosed that), but they'd been through a lot. Essentially they'd not attended school much (they were attending 1st/2nd grades as 8.5/10 yr olds), and their parents hadn't bothered to meet their essential needs. After hearing about the medications they took and why they took them and their diagnoses, I motioned NO WAY to Coach from across the room.

After the call, our worker said she thought these two had potential. I was like, YOU DO? THOSE ISSUES THOUGH. Some of what they had going on COULD be diagnosed as a result of their current traumatic situation and wasn't necessarily set in stone. They could make headway with therapy and stability can do a lot for a kid, so those diagnoses might not exist in their future. Hard to know.

We agreed to move forward to gather more information and we set up a time to be interviewed by the team.

In the meantime, I called Bethany. Refresher:  she's the woman who recently adopted and who was initially just an acquaintance because our kids went to high school together, but I reached out to her when we realized they were also adopting. We switched to her worker who she raved about. She's been a huge support ever since we sat behind her family at Christmas Eve mass 2019.

I explained the latest with Max and Charlie vs the possibility of the Indiana boys. She felt strongly that we should steer clear of Max and Charlie since the parental rights hadn't been terminated. She felt like the Indiana boys sounded like they might be a good fit. The kids she adopted had some issues in their prior placement, but some of those issues hadn't been evident at her house. She said she'd follow our worker anywhere and she trusted her leadership.

Looking forward to the next installment.

"all that extra time on your hands" if you do adopt??? Ummm you will then have 8 kids lol. I love that apron, I should have had it 20 years ago. I think I started blocking out 'mom' and my kids would yell 'Pat' especially in a crowd, to get my attention.

I'm sure finding out what a lot of these kids have gone through can be traumatic in itself.

Laughing at ALL THAT EXTRA TIME. I know if you found an extra moment of time, you'd fill it with something equally as important as what you are doing.

I do love that you have your new-ish friend who is mentoring you guys through this and thank goodness for the newer social worker!

I'd suggest you use that extra time to blog more (or work on that Irish Dancing book you keep mentioning), but I suspect Pat is right, 8 kids probably doesn't equal lots of free time.

Thank you for sharing this process with us, I look forward to reading what happened next.

Oh my goodness, this is like tuning in to my favourite program to see what will happen next! What a rollercoaster ride you’ve been on. I feel excited for you one minute and then heartbroken the next, so I can’t imagine actually living this. I’m staying tuned..

Just sending you and your family so much love, and hoping that wherever you are now in the process, everyone is happy and thriving <3

Beth - Thickens indeed. Thanks for your interest in our crazy ride.

Pat - You raise an excellent point. Sometimes I'm just plain silly. Extra time indeed. My point though is that with the original worker it was like I had a part time job. She did nothing. I sent my home study. Emailed the places. Followed up AND KEPT A SPREADSHEET FOR MY 'WORKER' SO THAT SHE'D KNOW WHAT I WAS DOING (in terms of her job tasks). It was nuts.

You know it's a good apron when you bust a gut laughing in the store.

Suz - Yes, the process has been eye opening. Stuff straight out of the movies. So incredibly sad.

Yes, my kids make fun of me because I HATE wasting time. Who has time for that? I do enjoy getting things done and crossing them off my list, but this search was time consuming as all get out.

Oh how grateful am I for Bethany. She is a great resource and we share a similar approach to much of this. Great to have her in my corner. Our worker, another great find. The fact that I stumbled upon Bethany's adoption during Christmas mass, who lead me to our worker, well . . . if that isn't God leading the blind then I don't know what is.

Jenny - Ha. You are funny. I actually do have something to share soon about my writing, but the book I've been working on most consistently is a memoir. I felt like my background stories were getting in the way of me telling the Shit Beneath the Wig story aka the Irish dancing stories (not an official title, but a working title that usually makes people laugh), so I split the two books up. I think you will like the memoir should it ever get published. Fingers crossed here the dreams do come true.

Next chunk in the morning.

Charlie - Rollercoaster is fairly accurate. When I was looking for photos to post here, I was reminded of all of the other things that were going on like babysitting and it felt exhausting just remembering all of the juggling of stuff and emotions. Get popcorn for the next installment.

Suzanne - Thanks so much for the good wishes.