Right before we left for spring break, we had Coach’s former office manager, Betty, over for dinner.  We miss her. I often teased Coach that he wasn’t paying her enough, because while she was at work for him - she also dealt with my panicked phone calls and served as a sort of therapist.

If it was up to Coach, he would have paid her more, and ultimately she recognized that she was worth more and that is why she left. Boo hoo corporate office poop-heads that let her leave! Coach shed real tears on her last day. Over the years, she has become a part of our family. I often refer to her as the 3rd person in our marriage, but not in THAT way! Shame on you.

We can laugh now at the frantic phone calls I made back in the day, like: ‘This kid just did this.’ ‘Tell Coach this.’ ‘Does he know anything about this?’ Betty always knew when to put me on hold (when I needed an answer immediately, and Coach was with a patient, who was well - patient), drag Coach away from a patient (when I called in tears), or get an answer and call me back in a bit (when Coach was with a patient and the issue was not emergent).  How do you put a price on that? Don’t get me started on the issues she and I would address- opting never to share with Coach. Priceless.

During the crazy basketball season, it was hard to find time to have Betty over for dinner. She lives in the city, and traveling out to the burbs for dinner on a weekend was not ideal.  Between basketball season and water polo, oh, um -'other' spring sports, I saw my window and I grabbed it.

The week before this casual dinner, Mini tried out for badminton.  She fretted about tryouts: ‘If I don’t make it, then I might do soccer - I just won’t get to play much.’

I responded with, ‘Not making badminton, um - is that a thing?’

I did not know that badminton is quite popular at our high school, and we (well those of us that just learned about it) are proud of our many state championships. Mini did make the team, as did her best friend. Six freshman were cut. 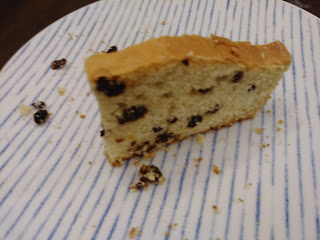 Anyway- for our dinner with Betty, I ran a little late because I attended a badminton parent meeting. I made honey mustard chicken, mashed potatoes, vegetables, and the highlight (that I cannot eat) Irish soda bread.

About 7 years ago when I went back to work a few days a week (before my current babysitting gig), Curly was just starting 4 yr old preschool. On the days I worked, Curly went to the daycare located at the health club across the hall from Coach’s physical therapy clinic.  At lunch time, Coach would grab her and bring her to his clinic. Betty ate lunch with Curly at her desk and then Coach or at times Betty would drive Curly to afternoon preschool. Betty has lots of memories of her lunches with Curly, who would 'fix' Betty's hair and tell her funny things that her siblings did that 'Mommy doesn't know they do this.'

One day an IT guy from the corporate office showed up.  Curly had never met him before. He is very short. Like, ‘very’ is an underestimate.  He would cast a bit of a shadow over the munchkins in The Wizard of Oz, but just barely. Curly, never known for being shy, pointed at him and asked him point blank, ‘Did you shrink?’

Betty struggled not to choke on her sandwich. She thought fast.  ‘Oh, you know Curly is surrounded by tall people.  Coach is 6’4”. Her uncles and brothers are tall.  Silly you, Curly.’

I never tire of hearing this story and others that Betty recalls. She watched my kiddos grow up, and she remembers stuff that I might have forgotten. I would still rather be chatting with her regularly each time I call Coach's clinic, but the occasional dinner where we can reminisce and get caught up will have to do.
Posted by Ernie at 7:30 AM

This is so precious. I love how other people in our lives can help us remember our own. Recently a friend of mine, who I grew up with and since moved to Guatamala, reached out to me about an essay she had to write about when she was 14. She said it was about me, and the picture she drew had be playing a trumpet. It was nice to see how she remembered me from that time. I would never put such a nice picture on a memory of me when I was 14.

Betty sounds like such a lovely person! I hate it when the corporate poop heads don't recognize the real talent around the office. And I did not realize that badminton was an actual sport played at any high schools. You learn something new every day! Congrats to Mini for making the team!

I need a Betty in my life. Also, I LOVE soda bread but won't make it because I know it would turn out horrible. The soda bread at Jewel is AMAZING but only comes out in March every year. :(

It is fun when people we have known forever share memories with us that we don't remember. I cannot eat soda break because I have celiac disease. I avoid gluten free flour and most food that is prepared gluten free (basically I try to stick to food that is naturally gluten free) because A. it tastes gross and B. it is highly caloric.

Betty is the bomb. We knew it made sense for her to take this new opportunity, but it was like losing a family member. She bailed me out of so many crazy situations. Sigh. I knew they played badminton at our high school, but I did not think it was as popular as it is.

OK. You did NOT just say that Jewel (Chicagoland grocery store) has amazing soda bread, did you? Blasphemy. Come on! I am now keenly aware of the fact that you, my new friend, have not begun to live. We must meet so that I can bring you REAL soda bread, and you can eat it, and instantly embrace your new existence as a person whose taste buds have been deprived, but who has turned over a new leaf and started living right. By the way, I am totally serious. My soda bread will rock your world - it is loved by many, many people who have had awesome soda bread, but who now crave mine as the only true soda bread. Secret family recipe compliments of my great grandmother: Nana Murphy. 'Nuf said?