watch out Tom Curise AND 9 ounces

Days before our trip to the beach, Coach watched ‘Top Gun’ with the kids, minus THAT scene, of course.  Coach is better at fast forwarding than I am.  I tend to panic and then the scene that is completely inappropriate becomes paused or zoomed in or something.

The pole dancing scene with Jennifer Aniston in 'We're the Millers' is fairly memorable around here.  I fumbled around with the remote and played it in slow motion before I froze it and turned the volume up - all while TRYING to fast forward it.  Meanwhile the kids were all begging me to stop subjecting them to such awkwardness.  Ever since the 'incident', I am never allowed to be in charge of the remote.

Anyway I was tied up in the study when they watched 'Top Gun', but I could hear much of the dialogue and the soundtrack.

Lad brought his portable speaker to the beach  We brought a volleyball.  I don’t play volleyball.  Hate it, in fact.  Maybe I will describe my embarrassingly pathetic volleyball efforts during junior high gym class in another blog.  Tall, but useless.  Sad, but true.

Anyway, I wandered over off of the blanket with my phone to video the rest of my family spiking, volleying, and laughing.  The SAME EXACT song ('Playing with the Boys' Kenny Loggins) that plays in the ‘Top Gun’ volleyball scene randomly started playing on Lad’s speaker.  I quickly got in position next to the speaker to video, so that it looks as if we are reenacting the. ‘Top Gun’ scene.

Coach told the kids he wished he had on his jeans like Tom Cruise did.  Always better to play beach volleyball in jeans.  I captured the best volley of the day with the theme music playing in the background.  I think everyone touched the ball.  The volley ended by Tank taking a clumsy step backwards and to the side.  He turned backwards and rotated for the ball, which was really more of a trip.  Missing the ball, he fell flat on his face.  It was classic.

The day after our beach trip, I reached into the deli meat drawer in my fridge for the ham.  I came up empty.  Coach was working on his computer in the family room on this switched-with-the-day-before ‘get stuff done’ day. 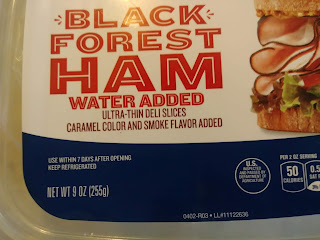 ‘Oh, I only bought one package of ham,’ he responded.

And there it is.  My husband bought 9 ounces of lunchmeat.  NINE.  OUCNES.  Lad eats almost 9 ounces on his sandwich daily. 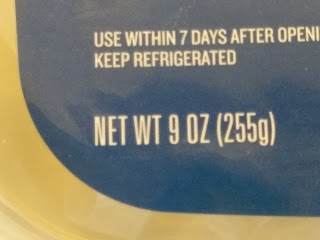 I didn’t really want to start a fight, but I was hoping to correct the situation from EVER happening again.  So, I asked the burning question:  WHY?

He just thought we needed something for yesterday.  Perfect sense.  Who cares about tomorrow?  Back to the grocery store for me.
Posted by Ernie at 7:57 AM

I used to LOVE volleyball...unfortunately, being able to serve the ball is the extent of my abilities.

The trip back to the grocery wouldn't be an issue in this house as The Husband hits the grocery store at least once a day...usually more on the weekends. It's his addiction buying food that we don't really need.

It never fails for me. I get back from my weekly grocery trip and almost immediately upon returning discover something that I failed to get. So I usually make at least two trips per week. Very frustrating!