Tis the season . . . for sisters to suck 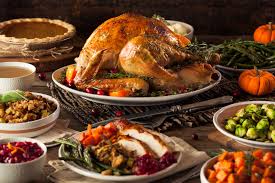 Coach and I sat at a table on Thanksgiving surrounded by my siblings, their spouses, and my parents.  This was the first year that our turkey dinner was consumed in a restaurant.  Most of my parents 22 grand-kids filled the chairs at the surrounding tables in the party room my folks had reserved for the occasion.

After dinner my sister, Marie, grabbed two sandwich baggies from her purse.  One of the bags was filled with slips of paper with the the cousins' names on them, while the other contained scraps of paper with the names of the 9 adult family members - excluding my folks.  From my perch at the opposite end of the long table, I asked a simple question.  Looking back I had no idea the firestorm that my innocent inquiry would set in motion.  'Hang on a minute, Marie.  Does anyone else want to simplify things a bit this year?  I'm just wondering if everyone still thinks it makes sense for the adults to draw names?  Anyone interested in just have the kids exchange this year.'

Directly across from me sat my divorced, incredibly bitter sister, Ann.  She hissed at me thru clenched teeth, 'It's Christmas!  It's Christmas!'  I turned to her and pointed out that I was well aware of what holiday was approaching.  My brothers and their wives tossed the thought around for less than a minute.  Ultimately they shrugged, glanced at one another, and then nodded in agreement.  It probably made sense to skip the adults gift exchange this year.  When that consensus was reached, Marie dropped the baggies like they were hot and stomped off to an empty table.  There she sat and folded her arms with her back to the rest of the adults.  At that point, I thought it would've been appropriate if she sat with the rest of the children, since she was behaving like one.

I was confused that the concept had been met with such contempt from my two older, controlling sisters.  'Who has time to buy extra gifts?' I asked.  Ann barked at me from across the table, 'I do.  I don't have any kids!'  Ann does in fact have four children, but three of them avoid her like spoiled eggnog.  They moved in with their father years ago when his wickedly undermining tactics left her struggling to accept her lack of control.  For example, her constant harping on her teens to seek summer employment that he had deemed unnecessary left her broken-record imitation painfully irritating.  Hell, it irritated me and I only heard about it every time I communicated with her, which wasn't often . . . my choice.  I can only imagine how grating it was for the teens caught in the middle of a narcissistic father and a control freak mother.  Of course this mess was frustrating and disgusting to say the least, but Ann's response to her ex-husband's transparently evil maneuvers caused the situation to evolve from bad to impossible. 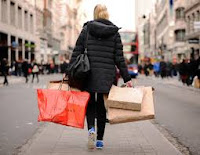 Over the years, my folks have attempted to compensate for Ann's unfortunate marital issues.  Nine years ago, about a after Ann filed for divorce from her abusive husband, my folks invited my sisters and I out to dinner.  When I asked what the occasion was, my Mom pointed out that Ann no longer enjoyed the privilege of eating in nice restaurants.  She had grown accustomed to this eating-at-expensive-joints perk when she was married to her wealthy sad-excuse-for-a-husband.  So my sisters and I were treated to a delicious steak dinner, and afterwards I pondered how it was that no one ever felt compelled to host a pity party dinner in my honor.  After all, Coach and I rarely ate fast food let alone food from a fine establishment with cloth napkins.  No one felt sorry for our lousy financial situation.  As newly weds, we scraped every penny because Coach was attending graduate school.  I prepared cheap meals at home during those years.  After he graduated, we rarely went out to enjoy a mediocre dinner at an average restaurant, because we were still on a tight budget, not to mention we kept busy purchasing diapers and trying to catch up on lost sleep.

I will be the first to admit that I responded too quickly to Ann's short rant about her lack of offspring to shop for.  Perhaps I should've chosen a more diplomatic approach.  I could've asked her if she expected us to continue to buy things for the adults of the family, who are all capable of shopping for themselves, just to satisfy her need to shop.  On the drive home, it occurred to me that if she was just itching to hit the mall, then perhaps she could sponsor a needy family thru her church's giving tree program.  Surely she could recognize how appreciative that family would be of her generous support.  Instead I blurted back at her, 'Well, that isn't my problem.'  While it is true that I have nothing to do with the growing distance between her and her children, I normally wouldn't have thrown that in her face.  Why in the world she would chose that as an excuse to maintain the adult gift exchange boggles my mind! 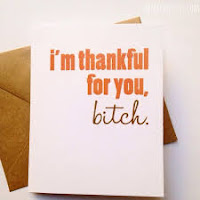 Unable to handle my abrupt and truthful response, Ann (who suffers from what I refer to as the 'just-so' syndrome, because type A cannot begin to accurately describe her need to have everything in life be exactly the way she expects it to be) turned to our mother and asked her loudly, 'Why is she such a bitch?'  Incredible, but not unexpected.  After all, no one in the family holds Ann accountable . . .  for anything.  They tip toe around her so as not to tread on any of the surrounding, imaginary eggshells.  The majority of the family population enables Ann's constant state of being distraught and unhappy.

I unleashed on her after this name-calling incident, and asked her if she expected the rest of us to continue to buy additional gifts just to keep poor-Ann happy.  With the addition of a few whiny 'poor Ann' comments, consider those metaphorical eggshells pulverized. 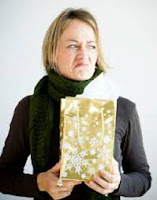 While Marie still sat pouting, my Dad hopped up and circled the kids tables inviting them to draw a cousin's name from the baggie.  Ann had eliminated the names of her three older kids from the baggie, so she would only be responsible to purchase a gift exchange present for her youngest daughter, Clare.  Once the names had been selected, our sister-in-law, Lynn, awkwardly stepped in to record the results during Marie's temper tantrum.  Ann called down to Lynn and asked who Clare had picked.  'Clare buys for Maggie,' Lynn responded.  My Mom leaned towards Ann, 'Well, that's good then, huh?'  I wondered if I had accidentally worn my invisibility cloak that morning.  Did Mom not see me sitting there - fully aware that she was implying that if Ann's kid had chosen one of my offspring the whole exchange would've sucked for Ann?  It made me cringe to watch Mom attempt to soothe Ann with the wonderful news that Clare would be purchasing a gift for one of Marie's daughters.  What a relief!  Shopping for an approved cousin - not a lesser valued cousin - had to soften the blow that we had voted to cross siblings and spouses off of our shopping lists.  Ann managed a half sniffle in acknowledgment of my Mom's comment.

In the weeks since Thanksgiving, my sisters have succeeded in avoiding me.  They have made it clear in passive aggressive ways that they are not speaking to me.  Nothing left to do (besides shop) but look forward to the next chapter of family drama set to be written on Christmas day.  I can't wait to offer my next suggested update to the family gift exchange for next year.  I plan to propose that we divide the 22 cousins into older and younger groups.  Each older cousin chooses the name of a younger cousin, and the pair agree on an activity to do together.  How fun would it be for the cousins to create memories while ice skating, watching a movie, serving at a soup kitchen, sledding, or eating ice cream?  I think that concept sure beats having the kids get more unnecessary 'stuff''.  This time my proposal will be sent out in the form on an email.
Posted by Ernie at 12:51 PM