The nice thing about blogging is that I am usually able to see the humor in a situation and transform the moment into a must-share story rather than dwelling on the frustration that typically goes hand in hand with mothering my nutty brood.

Today I was taking the three youngest to the pool for a few hours.  Laddie and Eddie were caddying and Tetonka was staying with a friend at his lake house for a few days.  I reminded Mini at least twice that she would have to bring her dancing bag with a change of clothes in the car, because I would be dropping her off at her 4:30 Irish dancing class after our fun in the sun.

A bit later, I asked Mini (9yrs.) what she needed to do before we left.  I got the deer in the headlights look as she hesitated.  (attributing the look to running out of steam, not sleeping well due to a sinus infection?) Lately she has been very forgetful and has struggled to find things right in front of her face.  Praying it's just a stage.  She first guessed the bag full of towels.  Her next stab was delivered with even less confidence, "My book?'  I told her through gritted teeth to pack her dancing bag with clothes and socks and put it in the car.

This is when she mentioned to me that the dancing bag that she brought to the class the night before was lost. She lost the dance bag while at the dance studio.  During class.  She failed to dance in her hard shoes, because she couldn't locate her bag when it was time to switch shoes.  Who loses a dance shoe bag in a coat room that is smaller than 10 x 10?  I was so confused.  She marched past me with the clothes and soft shoes for the car as I finished packing a cooler of snacks.  She managed to somehow get into the car without the bundle of clothing and shoes.  Fortunately, I noticed her stuff sitting on a kitchen stool before I left the house.  I made her come back in and grab it.  Ughh!

After a few hours at the pool, I sent a bored Mini, who had forgotten to bring her book, out to the car with my keys, so she would have five minutes to change.  When I got to the parking lot, she was standing next to the car claiming that the car wouldn't unlock.  After I successfully unlocked the car, I tossed the change of clothes to her in the backseat.  That is when I noticed that she failed to bring socks along.

I was thrilled to find one lone, stray, random sock on the floor of the car.  It even looked clean.  No match.  Bummer.  My car was recently cleaned out, otherwise I probably could have outfitted a whole Lord of the Rings Dance troop in t-shirts, soccer socks, and winter gloves.  As a last resort I dug down into the depths of the passenger side door.  There is a compartment on that door that is never intentionally used for anything, but crap falls in there and is left unnoticed for years.  We once lost a nice stride rite baby sandal of Curly's in this hidden pocket on the door of the car for two or three years.  My phone calls back to the zoo's lost and found department, which is where we were the day the shoe went missing, were borderline harassment.  Anyway, I still underestimate the treasure trove that this storage pouch produces.  Buried under some CD cases, tissues, and wrappers I discovered a deranged looking, discolored, preschool-produced, sock snowman decoration.  I quickly plucked off it's pom pom enhancements, yanked free the pipe cleaner arms, ripped open it's innards, and pulled the shredded paper stuffing from it's bowels. 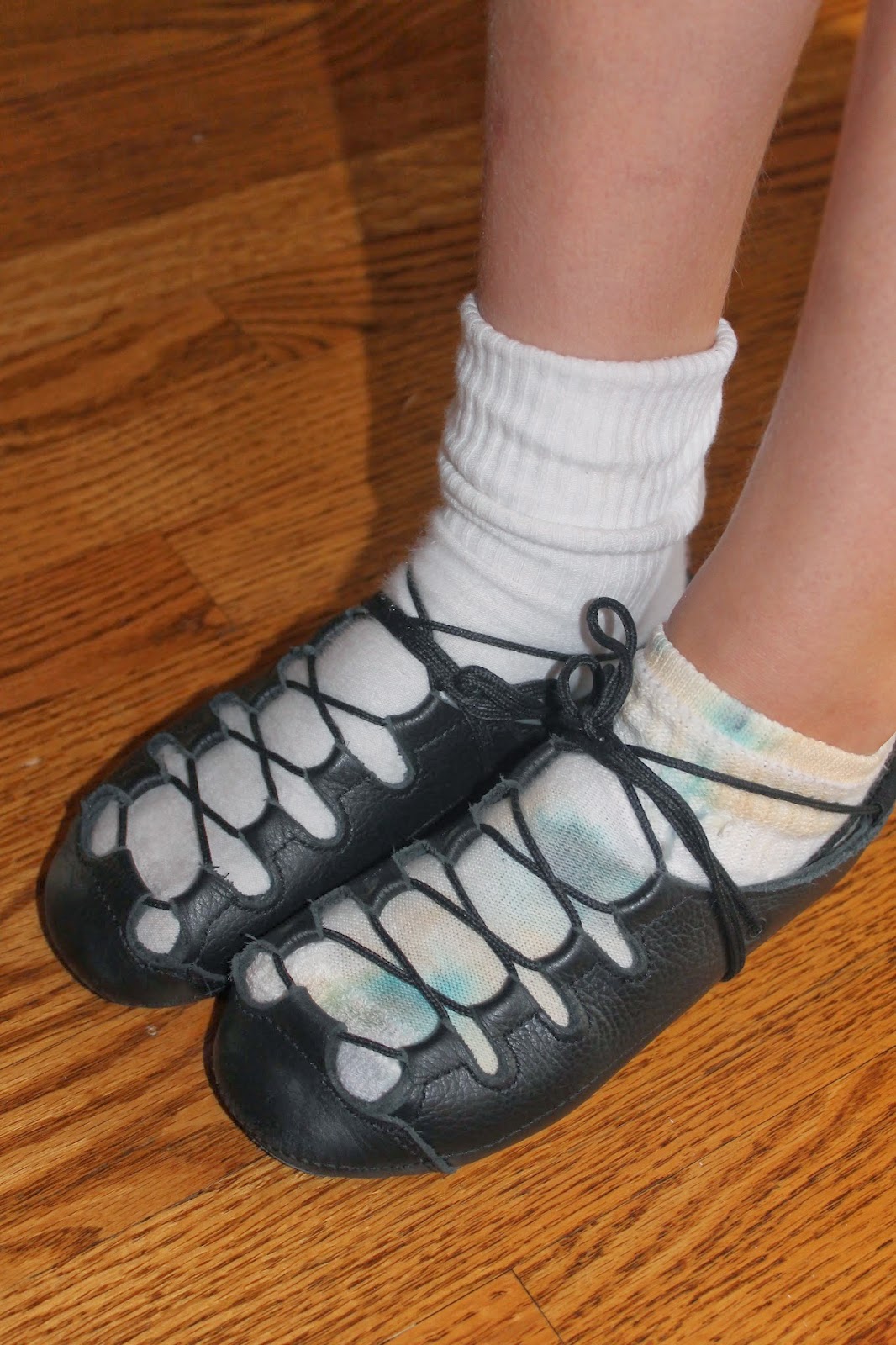 I tossed the slightly discolored, misshaped sock to Mini in the backseat.  "Here is another sock for you.  No need to thank me."  (It was so tempting to quote my father in law, who once scolded my husband in my presence at an airport when we were dating 'Get your shit together!' - now here is a story for another blog).  Mini was less than pleased.  Her preference was to drive in the opposite direction, retrieve a matched pair of socks, and return to the class late.  Please.  She struggled to get the sock on and griped about it's small size, especially in relation to the other sock.  I gently reminded her that she could have brought her own socks, but didn't.  "I look like I have poverty," she remarked.  Funny, I'm sure she is not suffering from poverty, just from scatter-brainlessness.

The highlight of the day was when we arrived at the studio and found her dance bag resting on the bench in the coat room right where she had left it/ lost it the night before.  Silly me.  I thought staring at something right in front of you and not seeing it was a male trait.

I stayed up way too late last night organizing a closet, but after my McGyver-mom-moment today I felt energized and awake.  I continue to wonder what kind of career I am going to settle on after staying home with my kids for so long.  I sometimes feel under qualified for the 'work force' but know I am prepared for just about anything.  How do you phrase 'ability to prove resourceful in any situation' on a resume?  How can I turn a sock-puppet moment into a marketable quality?
Posted by Ernie at 8:44 PM